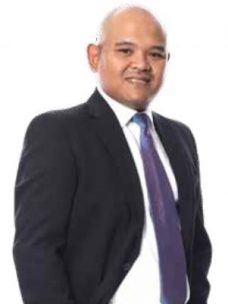 Indonesian citizen, 44 years old. His career track record began since joining Lloyd Register (LR) in London from 1999 to 2002, then he joined LR Singapore in 2002 to 2014 with his last position as Surveyor in Charge, South Asia Technical Support Office. He then returned to Indonesia in 2014 and worked at the American Bureau of Shipping (ABS). Before he joined MBSS, his last position was Country Manager at ABS Indonesia and President Director of PT ABS Indoclass Pratama (an ABS subsidiary in Indonesia).

Mr. Adhitya Nugroho has studied at the Sepuluh November Institute of Technology (ITS), Surabaya and the University of Newcastle upon Tyne, England. In addition, he is also registered as a Chartered Engineer (CEng) at the UK Engineering Council, a Fellow of the Institute of Marine Engineering Science and Technology (FIMAREST) and a Member of the Royal Institution of Naval Architects (MRINA).